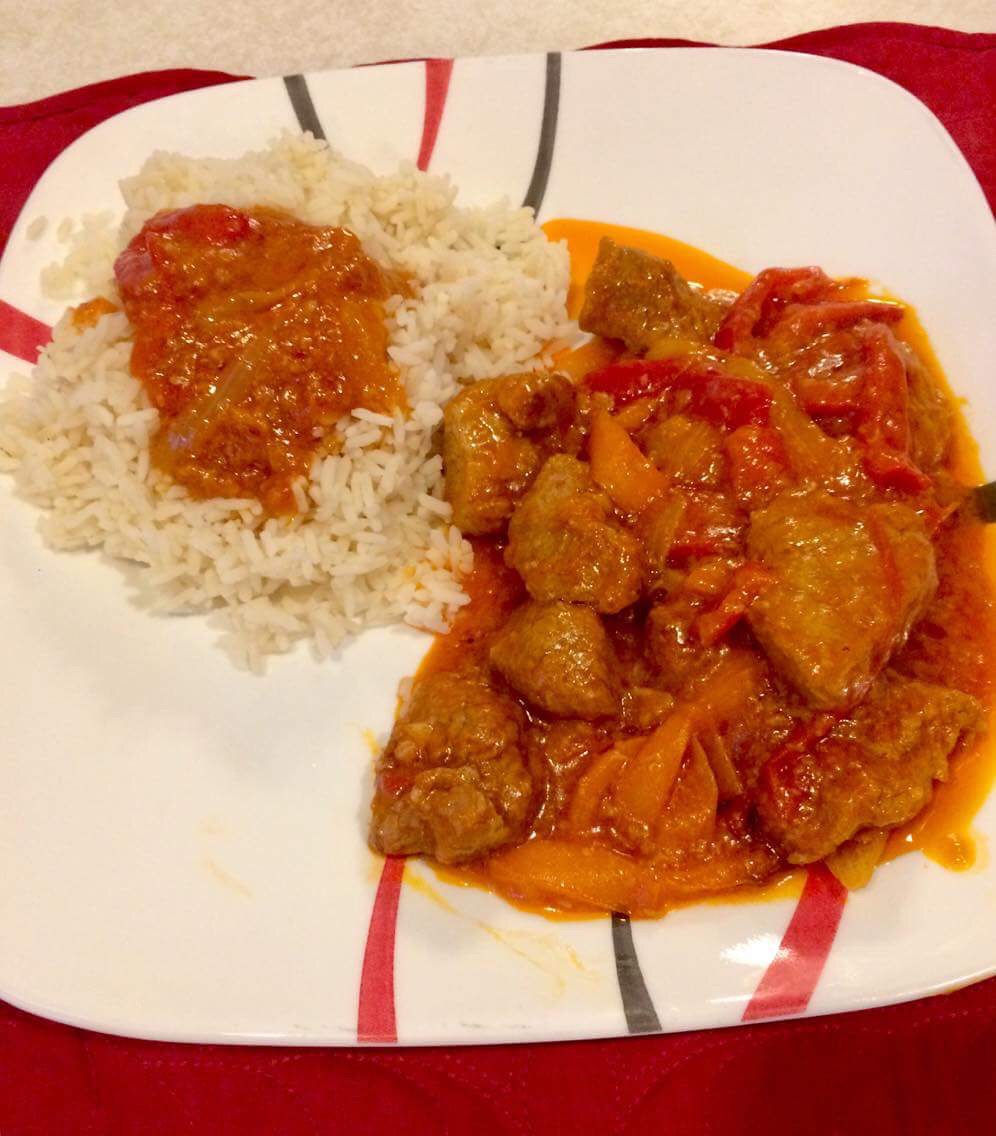 Losing a parent is one of the hardest things a person goes through in their life.  Losing two parents and an only sister within three years is unimaginable to me.  When one suffers such a loss, memories are often where they find solace.  Photographs, songs, letters, scents and recipes keep us connected to those we miss the most.  An old friend of mine, Joan often cooks childhood dishes to reconnect to happier times with her family. Living in Buffalo now, Joan’s food photographs pop up on my Facebook feed, often when she can’t sleep.  On those days, I feel like I can smell her cooking right through the computer and wish she still lived nearby.

I met Joan back when our boys were little.  Our boys attended elementary school together and were two peas in a pod, especially when it came to leaving their books at school.  My son Robert used to inform me that Gary’s mother would go and make photocopies of missing homework pages at the nearest drug store.  I told my son that was way too complicated for me with three young children, besides he needed to learn responsibility, right?

Joan was one of the first ladies I met when our children started Kindergarten.  She was hysterically funny and a realist when it came to raising her children.  We shared many laughs and cocktails together as our children grew up.  When Joan’s children went off to college in Buffalo, she and her husband decided to pack up and move up there.

A few years back, Joan lost her mom and dad within one year of each other.  When her mom was dying of cancer, Joan and her sister Barbara moved back into the family home in Brooklyn to care for her.  Joan’s posts were often like Seinfeld episodes, in which she described going back to the old neighborhood.  Throughout this most difficult time, Joan kept her sense of humor and helped her mom Diana keep her dignity.  Anyone who has gone through this knows that is not an easy thing to do.  Not long after Joan’s mom died, her only sister Barbara passed away unexpectedly.  This came as quite a shock to all as Barbara was a healthy woman and left Joan understandably devastated.

Yesterday, Joan commented on my sausage and peppers post.   She shared how she too, cooks foods from her past to feel closer to those lost.  She said she tries to make her mother’s recipes to hang on to her childhood memories.  Her mother’s veal and peppers recipe was her favorite as a child.  Every year for her birthday, her mom would let her request a special dinner and this is the one Joan picked.  As she celebrates her birthday this weekend, Joan made her mom’s treasured recipe and kindly shared it with us.

Like most women of her time, Diana never wrote anything down.  Joan said she often has the urge to pick up the phone when cooking to ask her mom how to make certain foods.  I’m sure many of you know that feeling all too well.  Here is Diana’s recipe as Joan makes it today.

I usually make the peppers in advance just to make life easier.

If you try this recipe, please leave a comment in the section below.  We’d love to hear how you liked it.

If you’d like to share a special recipe from your family, please leave me a comment and I’d be happy to feature it here on the blog.