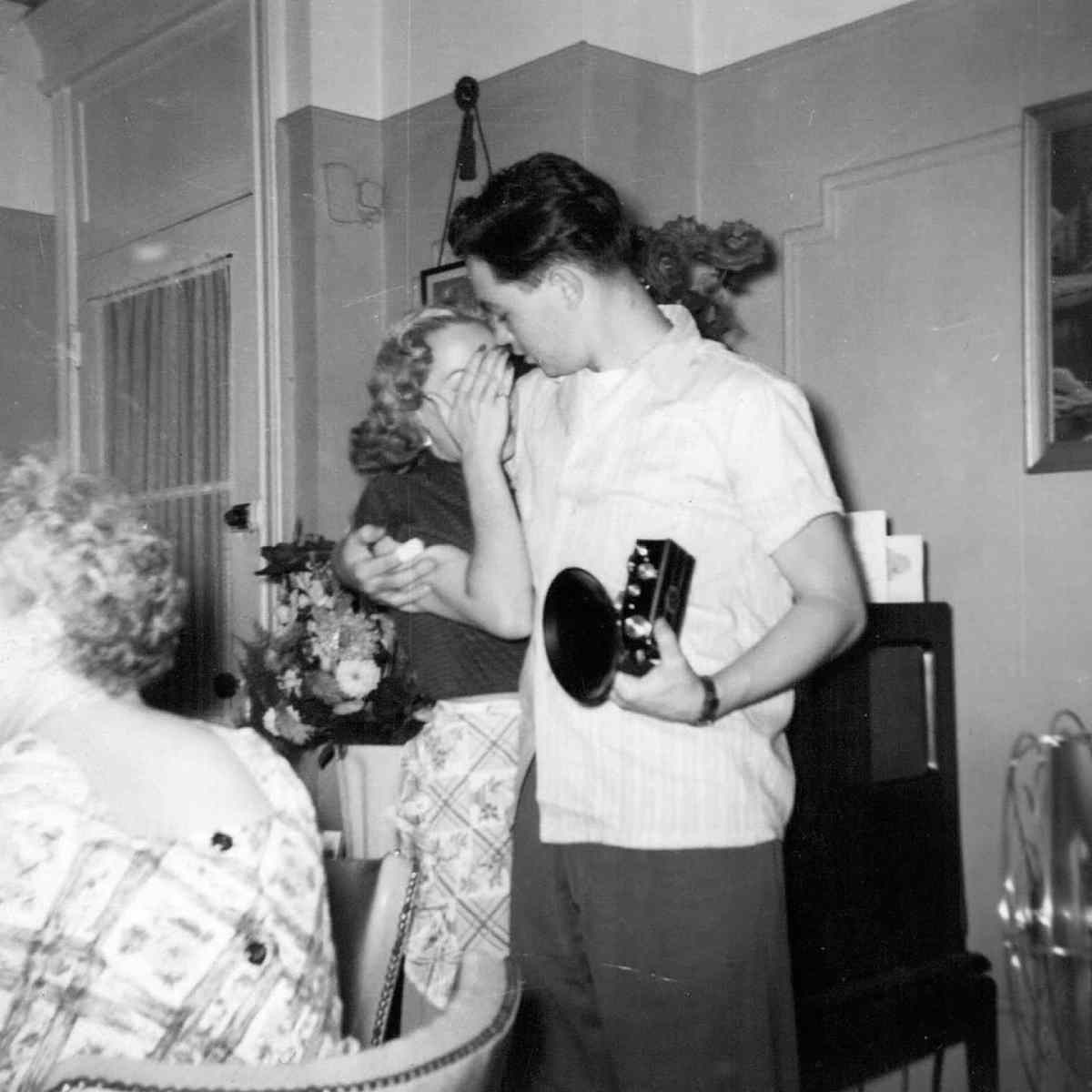 Anyone who met my dad these past ten years would inevitably ask him the same question, “Did you ever watch The Notebook?”  He always replied, “No.”  They would then say, “You really should.”  On a rainy night in early December, I met my dad for dinner after a work event near his home.  As we were waiting for our dinner, dad told me he had watched the movie.  He said he wanted to know why everyone he met asked him if he had.   I was surprised that he watched and actually sad that he had to sit through that.  I asked him what he thought about the movie and he said simply, “I get why they wanted me to see it.  That is what I want.  I want to die like that and if I could, I would.”

Life in COVID19 times had other plans though.  Sadly, his beautiful wife of 65 years, my mother, passed on April 8th alone, without him by her side.  Losing her has been hard, knowing she was alone when she left us has been harder.  Not being able to give her a proper funeral, though he made it that for her despite just him, my brother and I being the only ones in attendance, the final insult.  COVID19 knows no boundaries and cares not for anyone it takes.

Sadly, my mother was living in a care center these past few years.  Throughout her illness, my dad cared for her himself, alone in their home of 60 years.  He lovingly did everything and anything needed without asking for help.  When we hired an agency to provide in home care, he still did everything for her including washing, diapering, cooking, feeding and anything else needed.  The aide was amazing, but merely provided company for mom and allowed dad to have some time to go shopping, or share coffee with friends at the local coffee shop.  He refused to allow anyone to provide the intimate care mom needed to protect her dignity.

When home care was no longer an option, as mom had several falls within the home and dad and the aide were unable to get her back up, it became time to consider nursing care.  We put mom in the hands of a very small nursing facility.  This became dad’s home as well, as he was there every morning before 9 to feed mom breakfast.  Despite being in his 80s, dad would walk the mile and a half, or ride public transportation to get to the nursing home daily.  He sat there every single day until late in the afternoon, despite the fact that mom was in good hands, unable to communicate anymore and sadly didn’t know who he was. None of that mattered to him.  He signed up for better and worse and he loved her more than anything.  He never came to family holiday dinners because he stayed with her as that was where he wanted to be and would never leave her side.

Dad loved visiting with mom at the nursing home and loved the aides and staff that worked there.  He thought of them as friends and treated them as such.  Sometimes I think dad thought he worked there.  He was there to feed mom her meals and helped push other patients in their wheelchairs if they needed help.  He sat with mom and talked to her as if she understood him.  He bought her new clothes all the time and personally washed all her clothing.  My mother loved to be dressed nicely her whole life.  You never saw my mom without her hair done, lipstick on and nicely dressed.  Dad ensured that this continued in nursing care.  Her hair was always clean, set and brushed.  She always had a nice outfit on and yes, even lipstick.  He made sure her nails were groomed and polished and treated her like the queen she was.

When COVID caused the nursing facility to lock down and not allow dad in, he was devastated.  I picked him up and had him come to my home for quarantine.  He was here when he first saw the Governor’s and Health Commissioner’s order mandating that nursing homes accept patients regardless of their COVID status.  We were horrified and scared for mom.  We called the NY Post, the paper dad has read daily for years, to ask them about this order.  The woman at the news desk said she knew nothing about it and asked my 89 year old father if he could prove what he was saying.  He responded, I don’t have the order here, but you can find it.  Can’t you look into this and do something?  That was on March 25, 2020.  That was well before over 2,000 people had died.

A few days later dad received the call we dreaded.  Mom had a low grade fever and her oxygen levels were low.  They wanted us to know that they had no access to ventilators if needed and should they send her off to and emergency room.  I asked if they had COVID positive patients at the facility, or positive staff members.  I was informed that they had one newly admitted patient that was COVID positive on her floor.  I asked them to test my mother and they did.  Mom was positive for COVID.  Sadly, I drove my dad to the nursing home.  They suited him up in protective gear and allowed him one visit with mom.  I was not allowed in to see her, nor was my brother.

The following week was a series of ups and downs.  Mom’s fever came down after being placed on medication.   She was able to eat her food and swallow.  We were hopeful she would recover as we caught this very early.  Mom also had a private room at the nursing home, that we had paid for as dad had always wanted her to have her dignity and privacy.  We thought this isolation would prove to be her saving.  Sadly, this was not to be.  On April 8, my mother passed alone in her room.

This love story had no Notebook ending, one where my dad was allowed to die next to the love of his life.  This love story of 65 years, during which my parents never spent a day apart, despite Alzheimer’s disease and its devastation ended without him even being present.  This love story had an ending that wasn’t deserved.  My mother did not deserve what happened to her.  She was not sick, she had Alzheimer’s.  She had no underlying conditions and she was not at the end of her life.  She was placed in the hands of a nursing home, which due to the mandates of our state was unable to save her.  She was in a sense murdered by an order that our governor cares so little about and continues to pretend he has no awareness of.  I think we should rename that order Matilda’s law as a legacy to his mother.  I wonder if she is proud of her son’s actions.

My mother and father were married for over 65 years.  Neither of them deserved what happened.  Nor did the other 2,000 other patients, and families, that have died in nursing care.  Sadly, nobody seems to care about this tragedy, nor will they take the story.  Only after the death toll had risen did the NY Post report on this story.  Many papers and media outlets still have not.  It is my hope that we can draw attention to and get this order changed.  I ask that we do this in honor of my mother Else Hess, who deserved to die surrounded by the love and care that she had for her entire life.  I ask that we do this in honor of my dad George Hess who struggles to accept that he was not able to be there for her when she needed him most.

If you would like to help others avoid this fate, please write to Governor Cuomo and the Commissioner of Health in New York at the following addresses:

The order came from Dr Andrew Zucker and Governor Cuomo.  If you are in NYC, please also reach out to your local politicians to report this abuse of our elderly population.